My Statement to Del Bigtree, for his March 25 Episode, About my March 16 Article on Geert Vanden Bossche

On Monday, March 22, the producer for Del Bigtree’s show ‘The HighWire,’ Patrick Layton, emailed and direct messaged asking me to be a guest on this week’s show.
Rosemary Frei, MSc
March 25, 2021 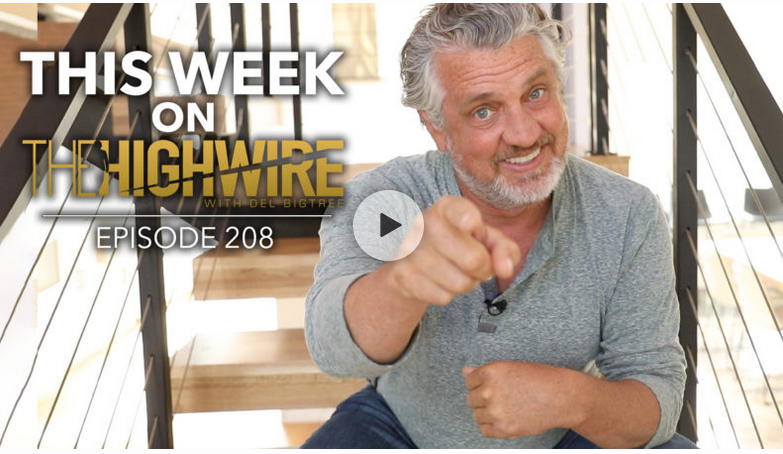 On Monday, March 22, the producer for Del Bigtree’s show ‘The HighWire,’ Patrick Layton, emailed and direct messaged asking me to be a guest on this week’s show.

That evening, Patrick and I spoke on the phone. He said Del had read my March 16 article about Geert Vanden Bossche and Del’s coverage of him (in the March 11 episode of his show). Patrick said they wanted to give me the opportunity to express my concerns directly to Del. He indicated it would be a debate between me and Del.

I asked Patrick to let me think about it. I emailed him the next morning saying I’d like to ask him or Del some more questions.

Meanwhile, I thought about it more and realized it would be better not to accept the invitation.

I stand behind what I wrote in my article. But debating Del on his show isn’t an even playing field.

Del called me a few hours later. I told him I’d decided not to go on his show.

I said that, instead, I’d send him a statement summarizing my stance. He said he’d present my statement to his viewers.

My statement is below. (It’s an introductory paragraph followed by my statement.)

The promo for today’s episode of ‘The HighWire’ is here. In it, Del says that a ‘very special guest’ will be on his show today to take part in the debate about my article. And a mass email from ‘The HighWire’ that I received half an hour ago, says the ‘special guests’ taking part in the debate about my article will be Robert F. Kennedy, Jr., and Andrew Wakefield.

Here is the link to watch today’s episode live. It starts at 2 pm Eastern Standard Time/11 am Pacific Time. The debate/discussion about my article will start, I’d guess, approximately 20 or more minutes into the show (after ‘The Jaxen Report,’ which kicks off the show every week).

[Post-script: the link to the archive of the episode is here.]

Here is my statement, with introductory paragraph, which I emailed to Del Bigtree and Patrick Layton on March 24:

Del, you and I talked on the phone yesterday afternoon and I said I’m not comfortable coming on your show, particularly since as Patrick explained when I spoke to him the day before that it’ll be a debate. I said I’d send you an email. and you said you’d present whatever statements I make.

In your show on March 17 [sic – it was March 11] you said such things as, “Let us walk through what I believe may prove to be the most important interview in the history of mankind.” “We are talking about carnage like we’ve never seen [before].” “What he [VdB] is telling us is that we’re just moments away from creating a coronavirus that is just purely vaccine-resistant.” “If this man is not heard our species may be in grave dangers.” And, “If we do not share this video then we … will be complicit in what could lead to one of the most catastrophic mistakes ever made with this planet and with our species.”

Such extreme language that can cause panic in the population is not warranted in any forum — particularly journalism — without proof/evidence, validated by objective third parties, that the scenarios Vanden Bossche described and you amplified are valid. And neither of you have provided this.

– Vanden Bossche claims viral resistance is akin to antibiotic resistance, and that vaccine pressure is causing rapid escalation of viral resistance. And you strongly endorsed and amplified that message. As I pointed out in my article, and as many others such as Drs. Mike Yeadon and Knut Wittkowski have shown, this is simply not true;

– Vanden Bossche claims — and you strongly amplified — that natural antibodies are a very weak link in our immune response to pathogens such as the novel coronavirus, and that this leads to immune escape. In my article I pointed out that this hypothesis is on very shaky ground;

– Vanden Bossche said that case counts would spike and that this would be due to immune escape. You supported this. You also posted a March 19 tweet about a news report of case spikes saying, “Geert Vanden Bossche predicted this.” However, neither you nor Vanden Bossche have provided objective proof that increased counts are due to viral escape. You also ignore the fact that a positive test (i.e., a ‘case’) does not equal an infection – because of, among other things, the very high rate of false positives in case counts. This has been thoroughly documented by, among others, the websites Mercola and Children’s Health Defense.

Also, Vanden Bossche is calling for mass vaccination. You didn’t mention this, never mind raise any questions/cautions about this.